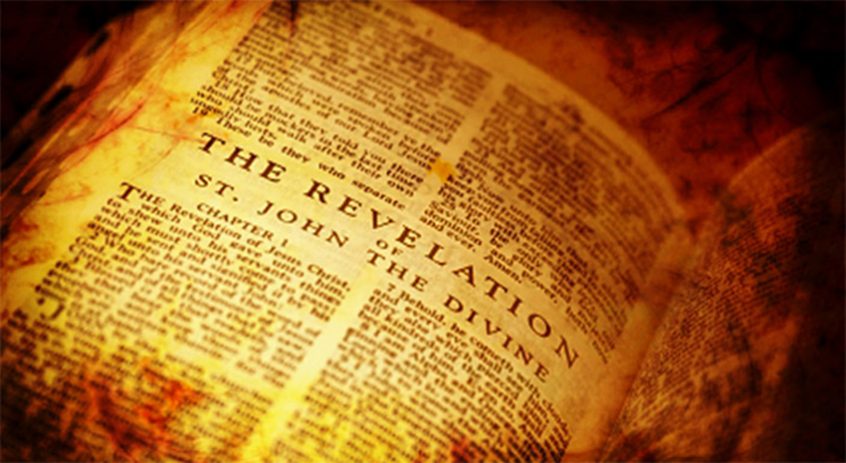 An Egyptian Coptic monk had registered prophecies Concerning the world incidents in the ancient Coptic Language, on the temple’s altar of ST Mary’s Church, close to The village of “Kaphr Daoud” in Upper Egypt where a Historical monastery had been edified on top of a high hill in The desert. The monk had written those prophecies on the gate of the mentioned temple called “The prophecies’ tablet” By the other monks.

The First Prophecy
Point out to the Christians’ persecution and their endurance to such affliction and disaster.

The Third Prophecy
Point out to the appearance of a prophet and a new religion.

The Forth Prophecy
Talk about the crusades their causes and reasons.

The fifth and Sixth Prophecy
Point out to the breaking out of two great wars that would cause the destruction of numerous people and the disappearance of countries and the blot out of cities from the face of the earth. These two prophecies had been fulfilled with the rising of the two world wars the first and the second and the destruction of ” Hiroshima and Nagasaki” in Japan.

The Seventh Prophecy
“In the beginning of the second part of the twentieth century will appear the Antichrist who would do miraculous signs causing a lot of people to follow him but will suddenly Disappear incognito. Then dreadful wars would rise up where numerous kingdom would fight to the point of destruction, these wars would last” a full moon and a crescent” or a month and few days to stop instantly leaving the world in a state of complete death destruction and famine, not to mention that a small people would cause all these wars to happen.

Then the full moon would appear once and on the first days of “El Khamaseen” (or around Easter time) and around noontime sharp, stars and galaxies would stop in the sky and a black storm would rage over the earth then something would happen… Christ the Judge of the universe would come to Judge the world” Time actually goes by according to God’s will and under the full authority of His divine plan, towards clear conclusions and clear endings. It is also said that history repeats itself.

The Eras and the Dispensation of Ages

Since the beginning of the creation God had been dealing with men, taking them through seven eras or age@ or dispensation or different dealings to lead them to the conclusion where he would be all in all, the only God worshipped according to what the Bible says:” Worship the Lord your God, and serve him only.” (Matthew 4: 10) and so forth He would be the sole king and mighty ruler, “The Lord has established his throne in heaven, and his kingdom rules over all.” (Psahn103: 19; Daniel 7: 17; Zechariah 14: 9; 1 Corinthians 15: 28). The Bible calls God’s dealings with his creations, dispensations (Ephesians 1: 10; 3:2), and the times ages (1Timothy 1: 17). God had also designated men to be responsible before him to fulfill his will in every dispensation but he failed.

It started at the very beginning of the creation when God has created Adam and Eve in a state of complete innocence. Now Man condemned himself through INS first pure nature. (Genesis 1: 28 30, 2:19, 20), and this dispensation (age) ended with the fall of man and his expulsion from the Garden of Eden, to let Satan becomes the prince of this world (John 14:30).

2. The Age of The Dispensation of Conscience: (The conscience became the man’s judge before God)

This dispensation has started after the fall and after the entering of the sin in the world, as the conscience became the discernment between good and evil, to end in failure because the conscience just couldn’t control man, to lead him back to God: “All have turned away, they have together become worthless; there is no one who does good not even one.” (Romans 3: 12). “Follow deceiving spirits and doctrines of devils, speaking lies in hypocrisy, having their conscience seared” (I Timothy 4: 1, 2). “Having lost all sensitivity, they have given themselves over to sensuality so as to indulge in every kind of impurity, with a continual lust for more” (Ephesians 4:19). That dispensation had ended by the flood and by God’s condemnation on the failure of man under the judgment of conscience.

3. The Age or the Dispensation of the Hassan’s Government: (The eginning of the commandments established by God and men)

Then we see the beginning and the spreading out of nations and governments over the earth after the flood (Genesis 10), then came Nimrod who wanted to build the first Empire by building the tower of Babel (Genesis 10:8 10,11:1 9), then it’s God’s call to Abram, to make him a great special holy Nation unto him (Genesis 12) and finally we read about the kings’ war against Sodom and Gomorrah (Genesis 14).

4. The Ages Oriole Dispensation of the Emperors:

The choice of the emperors (the first forefathers) Abraham, Isaac, Jacob and how God had moved them step by step in order to make out of them a selected singled nation ruled by God’s laws and worshipping only him. It has all started by the Call of Abraham when God asked him to leave his Country, his people, and his father’s household and go to the land he will show him (Genesis 12:1 3, 11:8). But Jacob failed later on because of the famine, so he moved to Egypt And they lived there and forsook the covenant “To you and to your offspring I will give this land” (The land of Canaan) and they were enslaved four hundred years.

5. The Age of the Dispensation of the Law:

This dispensation has started when God actually did exit his people out from their slavery to Pharaoh, by a mighty hand, He had sent them a redeemer (Moses) who through him God had established the law which is God’s special law to his people, As God’s law rules only god’s people. But human people failed as well under the laws commends (Romans 12: 5, 6:2; 2:12 15). And this age ended by the last part written in the Old Testament “Or else I will come and strike the land with a curse” (Malachi 4: 6).

6. The Age of the Dispensation of the Grace:

Is the age where the Grace is controlling the heart of the Believer through the Holy Spirit that dwells in him, from the day he did accept God’s grace through the redemption and The death of the Lord Jesus Christ. From that time on the Holy Spirit councils him, convicts him, leads him and fills him causing streams of eternal living water to flow from within him. This age has actually started at the first coming of the Lord Jesus Christ to end at his second coming until the times of the Gentiles are fulfilled (Luke 21:24).

This is also the age of the church, the age of the redemption through the blood of the lamb. The law of the age of grace is the Holy Scriptures, which is God’s words that lead and councils and commands in God’s church the believers not the sinners. That age has ended by human failure as well.

7. The age of the dispensation of the Millennium:

The age of the Millennium will start when the Lord will come with His Saints to destroy Satan’s armies and to purify the earth from his evil (Hosea 3:5, Revelation 7, 12, 19:19 21,2 Timothy 4: 7) That dispensation is limited to a period of one thousands years, when Jesus will reign over the throne of David as a true king, after cleaning and renewing the earth from all evil (Isaiah 32: 1, Revelation 14: 1, Psalm 97, 99, Revelation 20:4). Satan will be bounded during that age, the age of the Joyful Kingdom But by the end of that age Satan will be set free, human beings will face failure and that dispensation of that times will end by the blotting out of all the wicked whom Satan has deceived, as fire will come down from heaven to devour those surrounding the camp of the saints, then Satan will be thrown into the lake of fire and burning sulfur to be tormented for ever and ever, then the white throne will be established to the judgment of the wicked.

To that extent ages of the earth and the dispensation of the times had been fulfilled, giving way to a joyful eternal kingdom in heaven at the Father’s house, where there would be an eternal unlimited life as no times would ever limit or end.

as the judgment and the wages of sin according to God’s word is eternal death and suffering in a fire that is not quenched and worm that does not die. (Romans 6:23; Rev 21:8).

and because God is fully and absolutely just, you need somebody to pay the price of your iniquities (to sponsor you) and only Jesus did that by his death on the cross.

And now the matter is extremely easy …

just do your part… nothing could be accomplished unless you start the first step. You have to start by a wholeheartedly decision to believe that Jesus died and rose from the dead in the third day as it is written in the scriptures. And that He is the living Christ who did bear your iniquities, your diseases and curses on the cross as an offering sacrifice instead of you, and he rose to give you a victorious life.